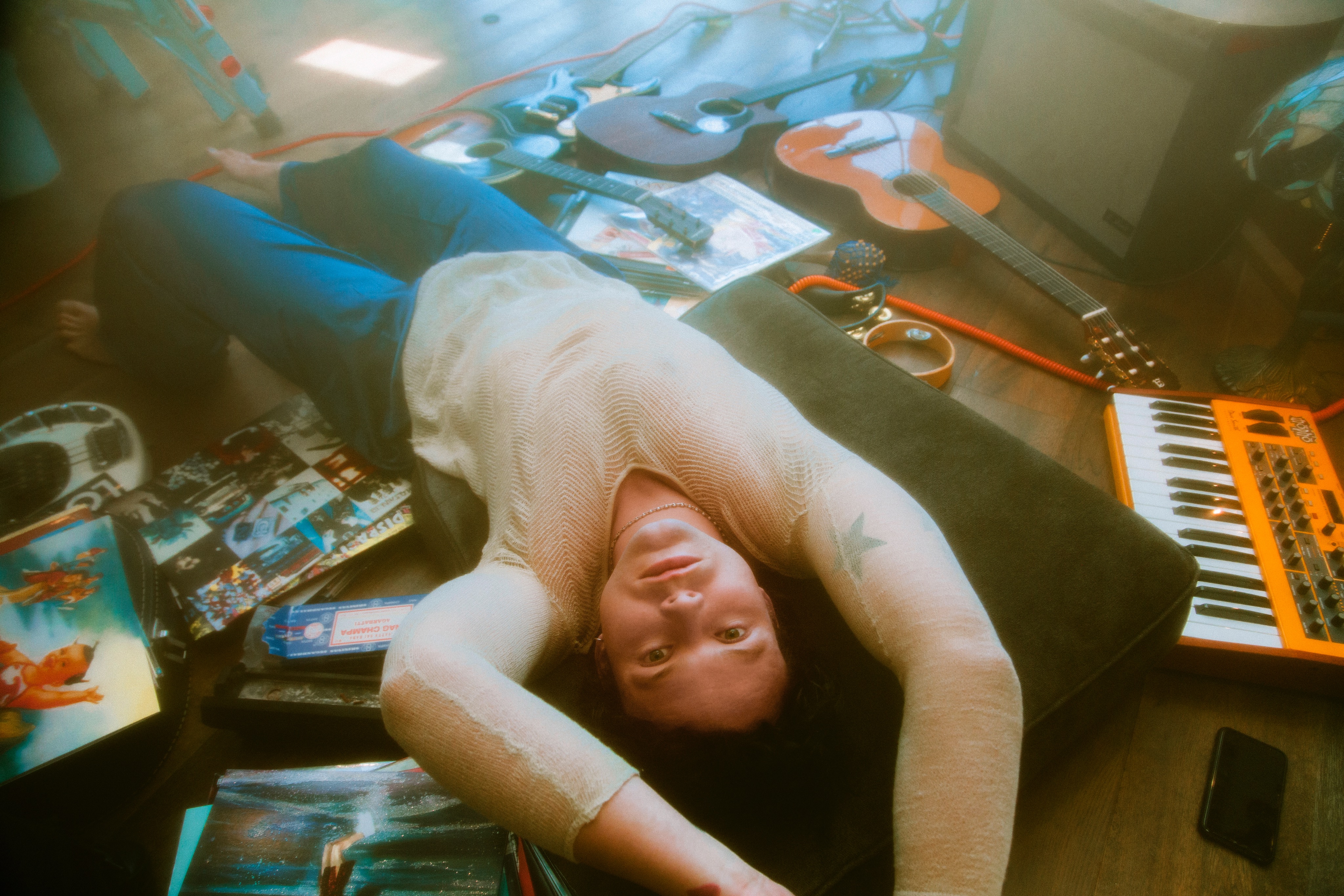 Ashton Irwin Shares New Single, ‘Have U Found What Ur Looking For’

Following the release of the deeply emotive single ‘Skinny Skinny’, ‘Have U Found What Ur Looking For’ is the latest offering from Irwin’s recently announced solo debut album ‘Superbloom’, out October 23rd.

“We wrote the song in an hour and it inspired my mission statement for my whole year,” says Irwin.

“We were like, ‘oh my God, we could actually make a record in quarantine’. It made us chase it down like a pack of wolves. With its mix of heavy guitars, dreamy soundscapes, indelible hook and lyrics about finding your way out of the abyss, it set a template for the record both sonically and thematically. It has a positive uplifting tone but it’s also about being in a fog of depression”.

‘Have U Found What Ur Looking For’ was what sparked the creative process behind ‘Superbloom’. If making a solo record was a foggy idea in Irwin’s mind, the hour spent working on the track’s demo made everything crystal clear.

Made in his LA home with producer housemate Matt Pauling, ‘Superbloom’ is the result of his continued artistic advancement, as Ashton saw his touring schedule empty and no recording planned with his band 5SOS (5 Seconds of Summer).

This was a chance for the 26-year-old to make a record that combined sounds drawing from the broad collection of artists he loved – including but not limited to Foo Fighters, Nick Drake, Helmet, Silverchair, Stone Temple Pilots, My Bloody Valentine, & Curve – with lyrics that touched on every aspect of his life. It’s filled with the poignant, profound songwriting that only comes about from an artist fully handing himself over.

These are songs about Ashton’s childhood, about alcoholism, depression, body dysmorphia, death, addiction, despair and hope. “I had to reach a certain level of lyrical maturity in order to write about something I actually cared about. I think it’s always important as an artist to have a mission statement, like, ‘why do you make music? Why do you write the lyrics you write?’.”

For an artist who has predominantly worked within the collaborative dynamic of a band, this was a chance to go off-grid. “It was really freeing and inspiring to me,” he says. “The journey I was intending was growth, self-understanding, self-reliance when it comes to song-writing and production. The songs I’ve written for this record couldn’t be sung by anyone else but me.”

Ashton has taken a record from its very genesis right through to its conclusion, throwing himself into it both practically and emotionally. The result, a deeply personal, evocative and uncompromising record from an artist poised and ready to tell their story.