The song is the whole genesis of the band. This is where it all started for us. Listen to the first verse – ‘… no one defeats us because we are a spirit, one as a body, the new controversy’ – Luke Steele 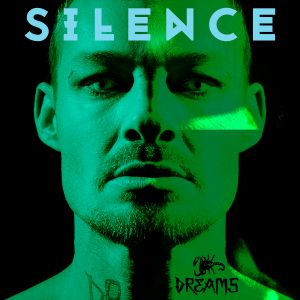 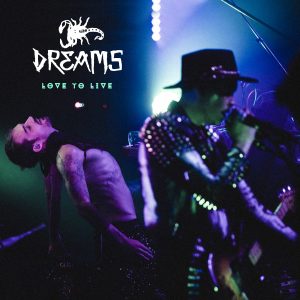 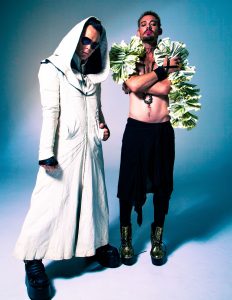 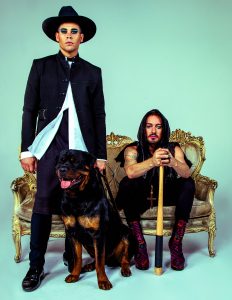 DREAMS lives at the intersection between art, pop, electro punk and pure fascination. As the musical love child of former Silverchair front man Daniel Johns and Empire of the Sun’s Luke Steele it was always destined to divide and conquer.

Both Johns and Steele are no strangers to music fans having sold more than 10 million records between them. And now the enigmatic, theatrical and somewhat controversial songwriters have created yet another sonic kingdom with their new project DREAMS.

“Now is the most challenging time in music. Music now is continually based on social algorithms in a land where the computer is king. Problem is that a computer has no soul,” Steele says. “When it comes to music, Dan and I both have an undeniable spirit of adventure. DREAMS is a brotherhood, it’s about depth, dimension and sonic satisfaction. We want to live in a world that is moved by music, not measured by it.”

Those expecting the lush pop layers and vocal nuances of Steele or the trademark vocal stylings of Johns won’t be disappointed. DREAMS weaves it all together in an odd sonic hybrid of synthesizers and guitars while dipping in and out of pop, dance, hip-hop and rock.

The pair first met in 2004 when Steele’s band The Sleepy Jackson supported Silverchair on their sold-out Diorama tour. “I remember hearing Luke on the radio with his band and I was like who is this guy. The connection with Luke was instant,” Johns recalls. “That was like 14 years ago…. since then we’ve recorded hundreds of songs and maybe three or more full albums before we settled on this sound.

“We work really well with each other, but we’d get together and write some really good stuff and then there’d be a gap of three to six months between writing and everything we’d done would feel obsolete. We’ve been writing and dreaming together since we first met.”

Steele says he even insisted that Johns bury some of their original demos because he felt it was the only way to copyright them in this day and age.  “I kept telling Dan he had to take all the tapes and bury them in a graveyard somewhere so nobody ever found it. He did, and now we don’t have any clue where they are,” he says.

DREAMS’ debut album No-One Defeats Us was recorded at the iconic Henson Studios and at various key studio stop-offs during their 15-year–long song-writing odyssey. The first two singles from the album include the anthemic No-One Defeats Us and the wilder, glitch-driven Silence.

“No-One Defeats Us says lyrically what our goal is, it’s a journey into our vision of the future,” Johns explains. “We wanted to create a gang and have that song as our mantra.

“The essence behind DREAMS is finding the most modern ideas and then having some kind of connection to the past. Whether it’s a reference to Brian Wilson or to Kraftwerk. It’s about including musical elements that have made us the artists we are while ignoring those things that would have been obvious for us to do musically.”

Daniel Johns is best known as the front man of Silverchair. Luke Steele fronts Empire of The Sun and The Sleepy Jackson.

The artists first met in 2004 when Luke’s band The Sleepy Jackson supported Silverchair on their sold-out Diorama tour, Daniel recalls the connection between them was so instant that after the first show of that tour they played piano together backstage, and have basically never stopped.

With more than 10 million albums sold worldwide and an undefeatable twenty-nine ARIA Awards won between both of their respective acts, the pedigree of Daniel and Luke’s new collaboration is unquestionable.

Since Silverchair’s debut release ‘Tomorrow’ in 1994, Daniel has taken home a record twenty-one statues, the most of any Australian artist in ARIA history. Daniel has also won APRA Songwriter of the Year three times, and impressively, Silverchair is the only Australian act to have all of their studio albums, five in total, debut at #1 on the ARIA chart.

Sweeping the ARIAs clean in 2008 was Luke Steele’s Empire of the Sun, taking home gongs for Best Album, Best Single, Best Group and Best Pop Release. With a total of eight ARIAs and two APRA song writing awards to date, along with two BRIT nominations, Empire of the Sun has gone from strength to strength internationally, including a spectacular sold out performance at Hollywood Bowl in 2015, in front of an audience of 17,000 US fans.

DREAMS debuted its live experience at the iconic Coachella Valley Music and Arts Festival in 2018. Rumoured to be one of the first bands ever to be booked without having even released a song, lete-alone an album. The band followed up that performance with 2-nights at the Vivid Festival at the Sydney Opera House as its debut Australian offering.