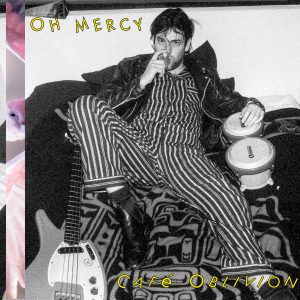 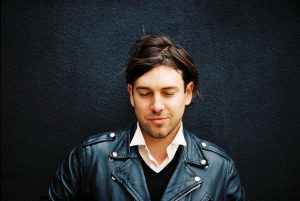 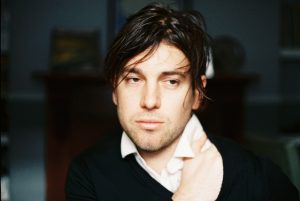 Alexander Gow, the Melbournian man behind the ARIA Award winning Oh Mercy has established the name as an iconic Australian act. At 29, he’s regarded as one of Australia’s most acclaimed singer/songwriters. Gow is a willing accomplice to a lyrical curiosity which sees him combine his love for the existential and absurd with a breadth of literary influences along with a perpetual air of romance. His adoration of pop hooks stems from a teenage love of Bacharach and those melodic sensibilities endure.

Releasing four albums since his 2009 Debut, Gow has a string of ARIA nominations under his belt for the albums ‘Great Barrier Grief’, ‘Deep Heat’ and an ARIA win for his most recent, 2015’s ‘When We Talk About Love’.

Each of Oh Mercy’s four albums has been notably different to the last – an obvious observation perhaps, but an intentional creative device in Gow’s case. His fifth album Café Oblivion, set for release in early 2018 is no different. The Café exists at the intersection between Island Records era John Cale and Scotland’s The Waterboys while unabashedly flirting with the 60’s crooner cool of Lee Hazlewood and the cinematic exotica of Latin Playboys.

Says Gow, “Café Oblivion is an exercise in abandoning personal struggle. I’m a grown man now. I’m not out to prove anything to anyone, not even myself. Especially not myself. I’ve made an album that is entirely me. My ideas, my sense of humour, the type of melodies I hear. I’m proud and I’m comfortable. I’m excited”.

Café Oblivion was recorded over the 2016/2017 summer at The Grove studios, produced and mixed by Scott Horscroft. “I don’t remember much else besides watching the cricket and drinking coffee, that’s gotta be a sign of a great recording session”. Gow continues, “during my final vocal takes, Scott broke the headphone mix down for me. It read: Channel 1 BAND. Channel 2 VOCALS. Channel 3. CRICKET. It’s important to keep informed”.

And while Australia’s dazzling performance against Pakistan kept Channel 3 red-lining, Gow’s combination  with the all-star rhythm section featuring Laurence Pike (PVT) on drums and Donny Benet on bass was the real triumph of the summer, leaving even David Warner’s 179 run record and Matt Renshaw’s impressive maiden ton in the dust.

The album’s first single National Park conjures the hypnotic pulse of Springsteen at his fist pumping best and takes it’s lyrical cues from the Richard Brautigan novel ‘An Historical Romance’. The video that accompanies it uses absurdist tableaus to explore a cultural clash amid Gow’s future sister in law’s traditional Indonesian dance group, and the country the group’s members now call home.