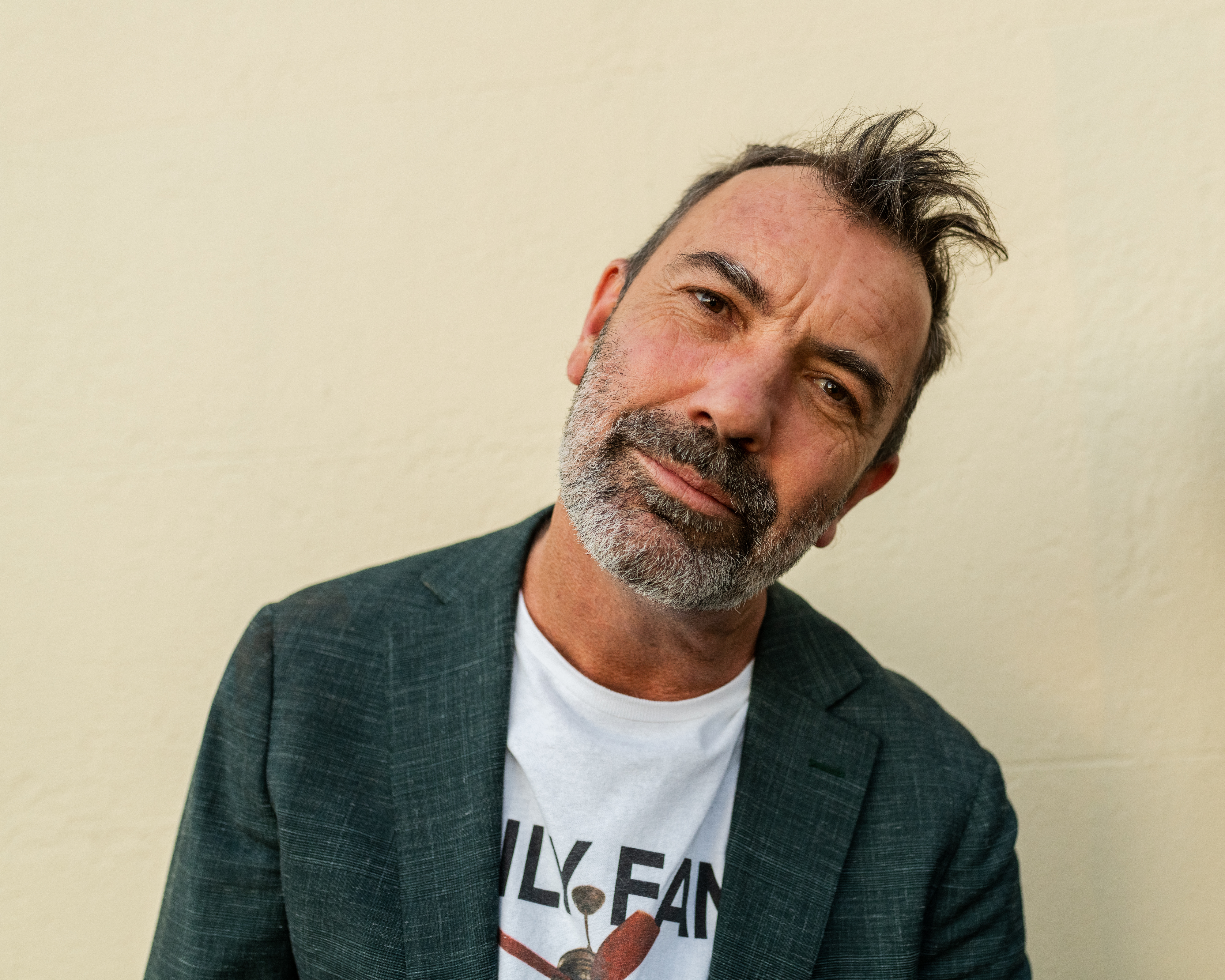 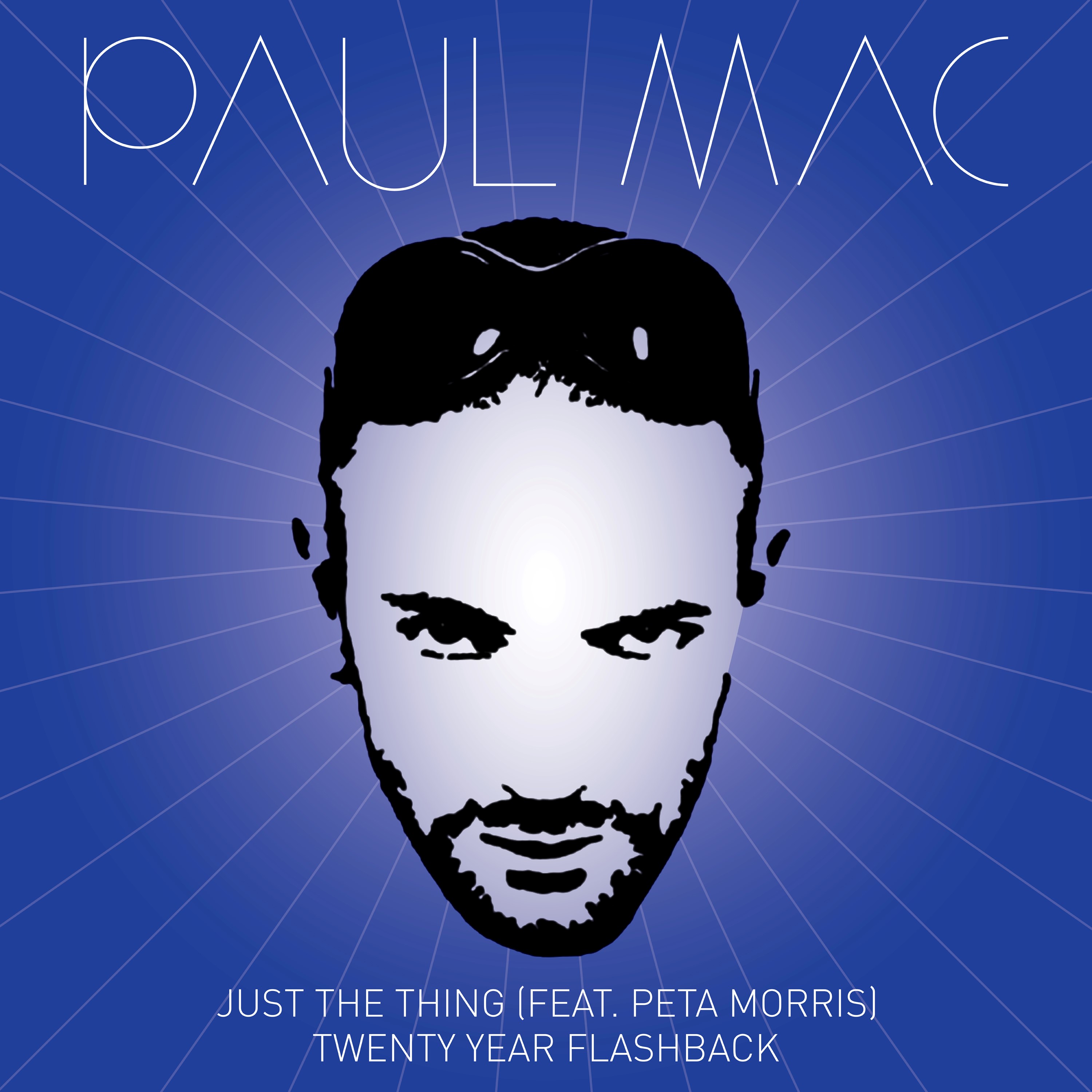 “Just The Thing” was released twenty years ago catapulting underground dance pioneer Paul Mac to mainstream pop success. Written and produced by Paul and featuring the sublime vocals of Peta Morris the song changed everything for Mac.

An immediate club and radio favourite, “Just The Thing” peaked at #1 on the ARIA Dance charts and received gold certification soon after release. The track was lifted from Mac’s acclaimed debut solo album 3000 Feet High which picked up an ARIA for Best Dance Release in 2002.  Mac also received an APRA Award for Most Performed Dance Work in the same year along with Producer of the Year at the Australian Dance Music Awards.

To celebrate the twenty year anniversary of the club anthem, Paul Mac is today releasing a remix package with fresh remixes from Late Nite Tuff Guy, Stereogamous and Jerome Blazé plus collaborations with Christopher Port and Human Movement. LISTEN HERE

Paul reflects…  “Just the Thing” is one of those songs that fell out of thin air. I was living in Katoomba writing some chords on the piano and was reminiscing about a recent trip to Sydney where love went very wrong. The chorus “You’re just the thing that I need, just to fill the space he left here” felt powerfully emotive and fun at the same time. I rang up Peta Morris who was also living in Katoomba at the time and we recorded it. It sounded amazing.

Everyone that heard it got instantly excited. When it started to get lots of airplay I was thrilled. Then, I started hearing it in every club I went to and I realised it was a “thing”. We performed it around the nation in clubs, at festivals, on TV, and as the closing show of Sleaze Ball.

It’s funny how songs attract a positive “vibe” and memory and “Just the Thing” certainly seems to have that. When the idea for a 20th anniversary remix came up I was in two minds. I’ve heard plenty of awful mixes that update a classic song into whatever style is fashionable today. I didn’t want that to happen. I was adamant that I wanted to find the right people who could take it somewhere fresh and still retain the essence of the song.

Late Nite Tuff Guy has been a hero of mine since forever, and when he put his hand up I sent the parts instantly. Human Movement I had recently worked with on his project and I loved his vibe and sound. Likewise, I am a huge fan of Christopher Port, and asked him to get involved. And finally, the Stereogamous mix gave me a chance to revisit the song with my musical brother Jonny Seymour in conjunction with ex-student/mentoree/wunderkind Jerome Blazé.

For the video, I thought it would be fun to remix the original video of Peta, me and the love-lounging kissfest. Tim Eddy has transformed it to reflect the tripped out flashback and I must say, it’s great to feel young again!

I am so proud of this whole remix package. It is everything I hope for. I’ve played the mixes out recently and the blissful response blew me away. Those that know it went wild and a new generation have been turned on to it. Twenty Year Flashback indeed! I hope it helps bring joy to everyone who hears it, and move some feet on the dancefloor when we can sweat it out on the dancefloor together again.

As Australian dance music royalty, Paul Mac has touched every corner of the nation’s scene, as a composer, songwriter, musician, sound designer and producer. His most recent album Mesmerism was nominated for the prestigious Australia Music Prize.  Alongside his solo career, Mac has worked collaboratively on a number of projects, making up one half of the ARIA winning underground dance pioneers, Itch-E and Scratch-E and member of the DJ duo Stereogamous. He has also released an album under the moniker, The Dissociatives with Daniel Johns.

Beyond his solo career, Mac has become a trusted collaborator, having worked with some of Australia’s musical icons including Sia and Kylie. Credits for Paul’s remix duo, Stereogamous, include remixes for LCD Soundsystem, Rufus Du Sol and George Michael.

Composing for Australian film, TV and theatre, highlights include Sydney Theatre Company & Nakkiah Lui’s How To Rule The World, two acclaimed productions for Bangarra – BlAk and Miyagan from OUR LAND PEOPLE STORIES, and a new original score for a restored version of Australia’s first hit romantic comedy, 1919’s The Sentimental Bloke.  Mac has an original theatre show in development with playwright, Lachlan Philpott, titled The Rise and Fall of St George with ‘In Progress’ concerts of the work playing to sold out crowds at Sydney Mardi Gras Festival, Melbourne’s 2020 Midsumma Festival and 2021 Sydney Festival.

A longtime graduate of the Sydney Conservatorium of Music, Paul Mac has recently added Doctor of Musical Arts in Composition to his qualifications.  Call him Dr. Mac.