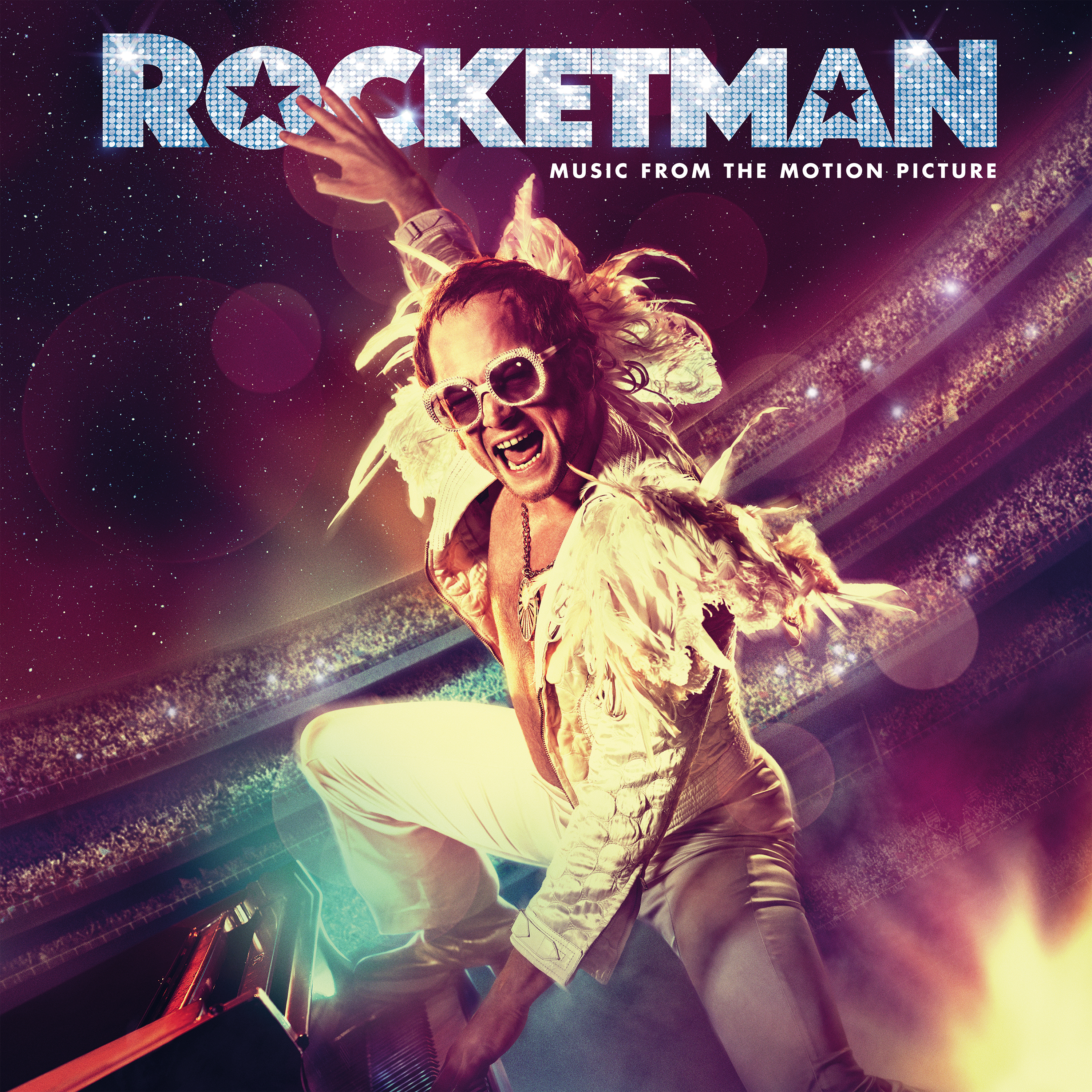 Details of this year’s most eagerly anticipated soundtrack have been announced today: Elton John’s epic musical fantasy ‘Rocketman: Music From The Motion Picture’. Released on 24th May via EMI Music Australia, in celebration of Paramount Pictures release in Australian cinemas on 30th May, it sees celebrated producer and composer Giles Martin re-interpreting and re-imagining Elton’s iconic hits, tailoring the music specifically to support the narrative of the upcoming major motion picture, with a truly show stopping vocal performance from lead actor Taron Egerton. The first taster of the album has been unveiled as Zane Lowe’s World Record on Apple Beats 1. Building from a woozy, submerged opening, ‘Rocket Man’ is a stunning interpretation of Elton’s 1972 classic, one that starts in the despairing depths of a swimming pool before transporting to its triumphant climax at Dodgers Stadium.

Elton John says: ‘It was so important that the music I composed and recorded had to be sung by Taron. I wanted his interpretation of me, through Bernie’s lyrics & my music – not just acting. I left Taron in the hands of Giles Martin, who I trusted implicitly because he’s brilliant. I didn’t want to be in Taron’s shadows, watching over the process, I trusted them to do what they needed to do, artistically, and listening back I’ve been astonished with the results. Getting the music right was the most important thing, as the songs in the film are integral to the story.’

Taron Egerton says: ‘The beauty of having Elton involved with the film is that we’ve been able to work with him to see how far we can take these classic songs. Giles Martin has impeccable taste and massive skills to bring the songs to a place where they are faithful and daring as well.’

Giles Martin says: ‘The great thing about Elton is that he is a true artist and he wants people to expand on his work – he wants interpretations done, it’s refreshing for him. We had scope to play around with things and think how we address the songs. The songs are the story of the movie, the heartbeat of what happens. Once the songs start a whole world opens up. In Taron i’ve never known a singer who dedicates himself so much to the process. I don’t think anyone else could have played Elton’

Tasked with taking Elton’s unparalleled back catalogue and reimagining it to fit the film’s narrative, Martin worked closely with the filmmakers, supervising all of the music for the production and pulling a vocal masterclass from Taron in the studio. From transforming ‘Saturday Night’s Alright for Fighting’ into an epic ensemble piece, to morphing ‘I Want Love’ into a heart-breaking moment of conflict around little Reggie’s family meal, each track has been sculpted to form a unique part of the narrative of this most incredible of stories. The soundtrack also contains a brand new Elton John and Bernie Taupin composition ‘(I’m Gonna) Love Me Again’ performed by Elton and Taron Egerton. The album is produced by Giles Martin (except (I’m Gonna) Love Me Again’ co-produced by Giles Martin and Greg Kurstin) and was recorded between 2017 and 2019 at London’s legendary Abbey Road Studios and AIR Studios. Executive Album Producers are Elton John, David Furnish, Matthew Vaughn and Dexter Fletcher.

‘Rocketman: Music From The Motion Picture’ is Released on 24th May, 2019 on EMI Music Australia.  Pre-order HERE.