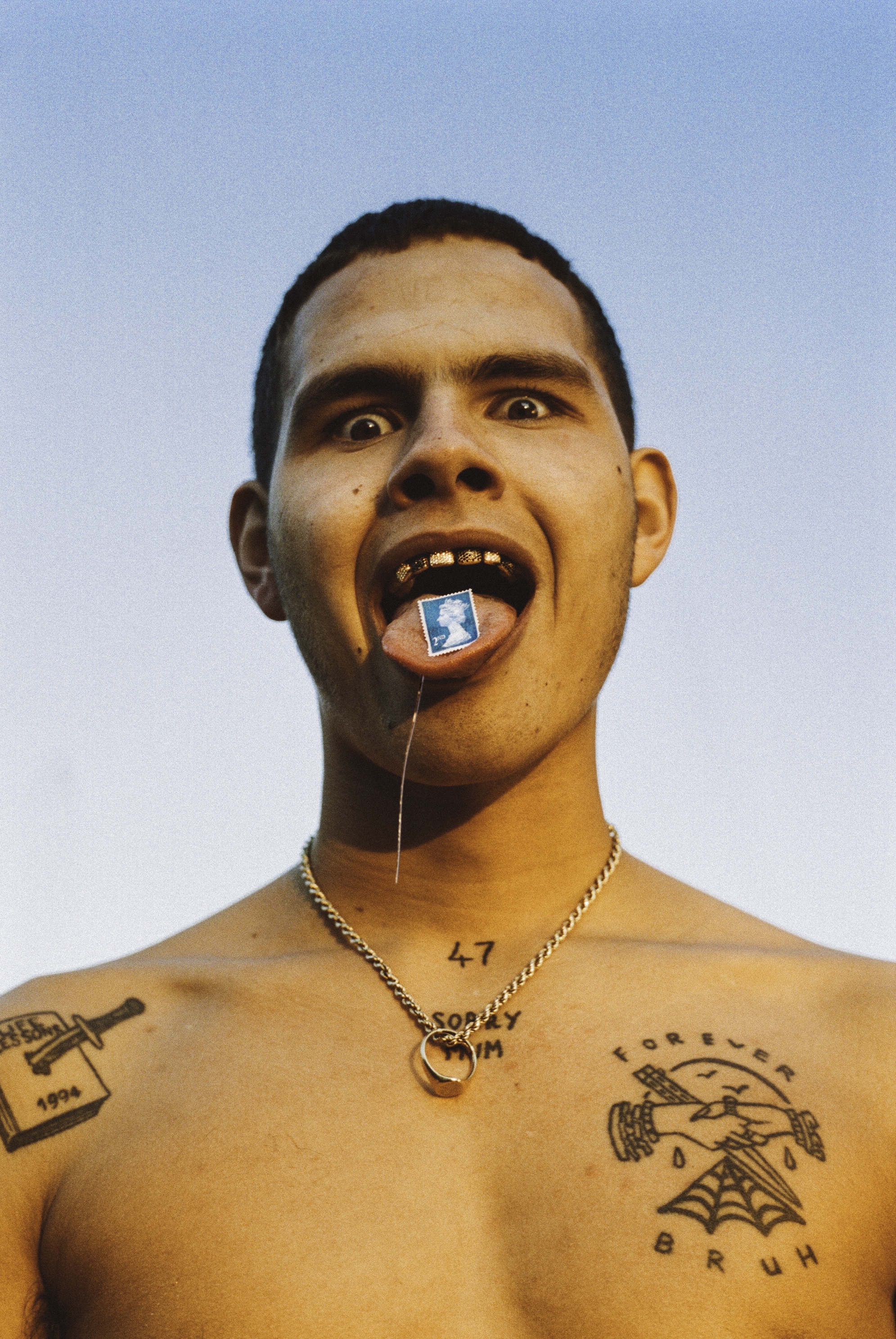 UK rapper slowthai has released his new single, ‘Gorgeous’, the first track to be lifted from his forthcoming debut album, ‘Nothing Great About Britain’, released May 17.

slowthai knew the title of his album long before he wrote a single bar of it. He knew he wanted the record to speak candidly about his upbringing on the council estates of Northampton, and for it to advocate for community in a country increasingly mired in fear and insularity. Three years since the phrase first appeared in his breakout track ‘Jiggle’, Tyron Frampton presents his incendiary debut ‘Nothing Great About Britain’.

For Ty, it’s been a long journey to this point. He recalls first rapping aged 8 – mostly to impress friends in the playground, or to win the attentions of his largely absent father – before a VHS bootleg of ‘8 Mile’ procured from the barbers fired his imagination. Even in the early days his flow stood out, that serrated slur initially dismissed as “weird” by peers and later respected for exactly the same reason. Today, the 24-year-old MC is rapidly becoming notorious as the rarest of commodities: an authentic voice in an increasingly gentrified world.

Ask Ty about it, and he’ll tell you he’s only speaking his truth. “I knew what I wanted to say on the album,” he explains. “It’s basically my experience of growing up [in the UK]; of having a family that were immigrants originally, of the stories they’ve told me, of my childhood and how I’ve lived my life. Through it, I’ve gone on a journey of explaining how everything I was chasing to make me feel good only clouded my judgement. And it took me going through a tonne of shit to realise that none of these things – no money, no drugs, no fake relationships – is gonna make me happy, or make me a good person.”

Ty’s wasn’t the easiest of upbringings. The oldest of three kids, he was raised almost single-handedly by his teenage mum, in a city with rapidly declining prospects. Tragically, his younger brother passed away, aged just one. He watched his stepfather hustle, his uncle struggle with addiction and Ty himself grappled with his own racial identity, “I didn’t fit in with a group because I weren’t black nor white”.

Channelling these experiences into his debut, Ty is totally immune to self-pity. On the title track he sets about systematically dismantling the stereotypes of British culture, bating the Royals and lampooning the jingoistic bluster that has ultimately led to Brexit and a surge in nationalism. “Tea, biscuits, the roads: everything we associate with being British isn’t British,” he cries today. “What’s so great about Britain? The fact we were an empire based off of raping and pillaging and killing, and taking other people’s culture and making it our own?”

And yet, in the closing bars, when Ty growls, “Hand on heart, I’m proud to be British,” he means it. “It’s the people that make Britain great,” he explains. “The whole album’s about community and coming together, because your family, your community and the bonds we have as people is all that matters.”

Standing alongside righteous anger and hard truths, it’s this willingness to appear vulnerable that makes Ty such a compelling storyteller. As Ty himself explains, “Music to me is the biggest connector of people. It don’t matter what social circle you’re from, it bonds people across divides. And that’s why I do music: to bridge the gap and bring people together.”