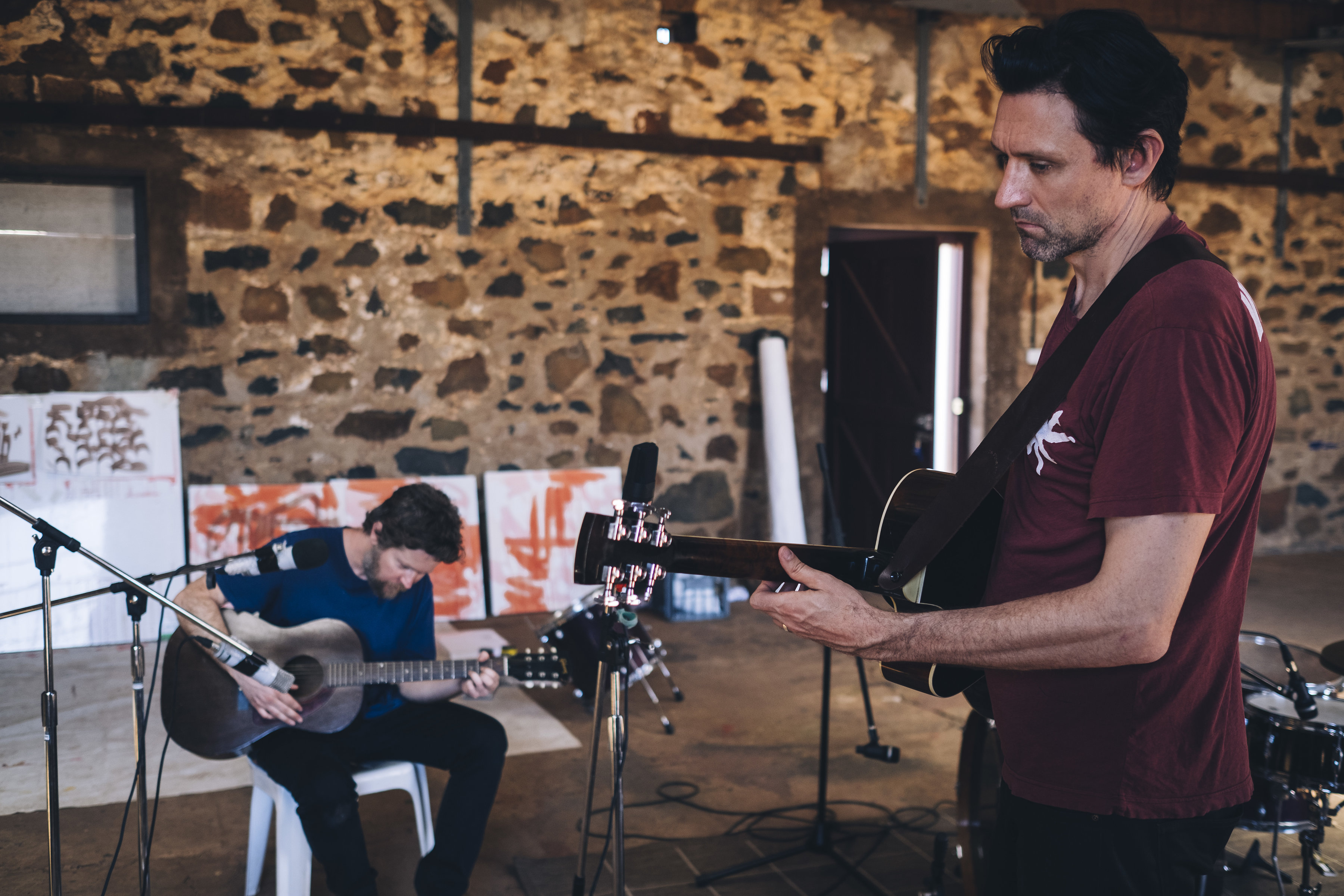 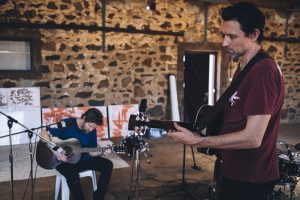 In a ghost town, 1500 kilometres from Perth, some of Australia’s finest songwriters come together to collaborate; writing and recording songs that emerged from a unique collective experience in an ancient and wondrous landscape.

Bernard Fanning, Sally Seltmann, Paul Dempsey, Glenn Richards (Augie March), Oh Mercy,  Alan Pigram (Pigram Brothers), Jae Laffer ( the Panics), Kav Temperley (Eskimo Joe) comedian Paul McDermott and many other notable musicians camped with visual artists and a musical instrument maker for a week in the historic deserted settlement of Cossack, in the Western Australia Pilbara region; the songs that emerged document their response to the awe inspiring landscape; a celebration of the land and the people of the coastal desert region.

‘I felt like I was on another Planet’ – Bernard Fanning

Cossack is an isolated relic of European settlement on the banks of a river, which In the 1800s was a busy port serving the once thriving pearling industry. There are relics of the Asian pearlers; their names written on the tombstones in the cemetery and ancient Aboriginal paintings on the rocks of a nearby secluded beach.

The Local elders give the artists the traditional word for the area, Bajinhurrba, to use with blessings and speak of the areas deep history, while damper cooks on the sand.

‘Bajinhurrba is the Ngarluma name for what is now known as Cossack. Before settlement it would have been the place where our people lived, hunted and gathered up and down the mouth of the Ngurin river’ explains Tyson Mowarin

Days and nights are spent in and around this makeshift creative village; in every building, on every corner and out in the surrounding land people were working, creating music and Art;  the sound of guitars and voices singing bringing this ghost town to life .

Friends are made. Creative collaborations forged.

Musicians serenade painters at work.  Scott Wise crafts an electric dulcimer out of a piece of wood he’d found. Bernard Fanning and Alex Gow are writing a song that they will record that night, after meeting for the first time that morning.  Sally Seltmann writes a song for the river while sitting by it. Kav Temperley is doing vocal takes in the the desert as sculptors work in silence on the salt flats nearby while Glen Richards settles down in his jail cell. “Obviously I picked a jail cell famed for storing lepers to write my song, then on to Galbraiths old store where Paul Dempsey and I kicked a jar of jam live. Every creak including my dim synapses and Paul’s giant ankle joints audible and the feeling of that place running through the plaintive tune”

Bernard Fanning thought Tyson Mowarin and Alan Pigram brought it into perspective in a song they wrote and recorded with him called ‘Everything’ – ‘I am mountain, I am river, I am everything, I am the wind in the leaves, I am old man tree”

“The Pilbara is an explosive amazing place. You feel it in your feet – especially when you’re an artist, you see something that sparks a thought. It brings energy into yourself, makes you produce something that’s incredible – That’s the feeling of the Pilbara, the feeling of being on really sacred country and really sacred land, that’s the old people’s dreaming. I’m proud and happy to be part of this. To be on a journey with people and be in those peoples journey as well as a traditional owner while I’m standing here. This is something special – Very special”. Josie Alec

All proceeds generated by the Vast album sales will be used for the sole purpose of promoting, encouraging and advancing artistic pursuits in the Pilbara region. The fund will be available for any Pilbara resident; the award of a grant dependent on the review and recommendation of the Vast Project Trust panel.