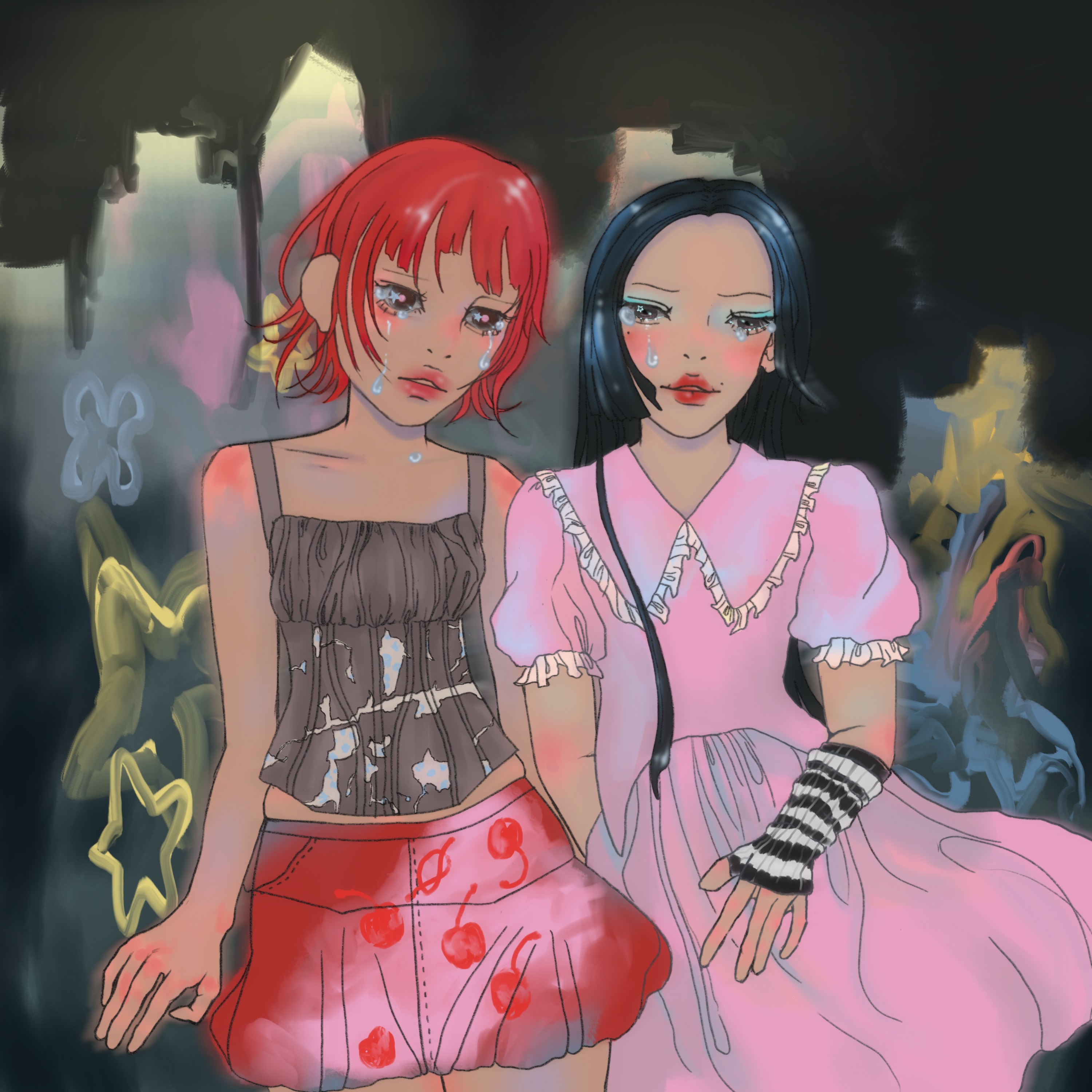 Cat & Calmell share: “Cry was written about feeling insecure in an otherwise healthy relationship for reasons you can’t put your finger on, it makes you feel a little crazy so it’s embarrassing to express, which is why we kind of jump the gun to tell the person we’re talking to that they can tell us to shut up because we know we’re being irrational but for some reason we can’t shake it. Cry is the first song we’re releasing that explores our vulnerable side when it comes to love and relationships, so we’re excited to be putting it out, especially since we feel like it’s a pretty universal predicament.”

Directors Josh and Oliver add: “Cry explores the harmful effects of insecurity and negatively perceiving ourselves. With the music video, we chose to amplify this message by exploring how self-doubt impacts our internal lives and digital personas. The characters on screen represent the performative nature of online – we spend time cropping our photos, striking manufactured poses, and editing our true selves. The cabin represents the real world – natural light, wooden frames, and earthy fixtures, yet in this world they are still obsessed by a screen. As the two interact, the lines become blurred, and we are left to wonder whether a world built on trying to hide and edit insecurities can lead to anything but tears.”

In just over a year, Cat & Calmell have proven themselves to be a formidable force in Australian pop. Dubbed “2021’s breakout up-and-comers” by triple j, the past year has seen them play their first ever sold out headline shows, perform at Splendour XR and the APRA Awards, join the prestigious triple j Like A Version alumni (watch their cover of Nelly Furtado’s ‘Maneater’ here), and score a sync for their hit single ‘Dramatic’ on cult Netflix show ‘You’. In that time, the highly praised pair have also garnered millions of streams, and earned plaudits at home and around the world for their Life Of Mine EP from the likes of The Guardian, BBC Radio 1’s Jack Saunders, Notion, Wonderland Magazine, NME and MTV, among others.