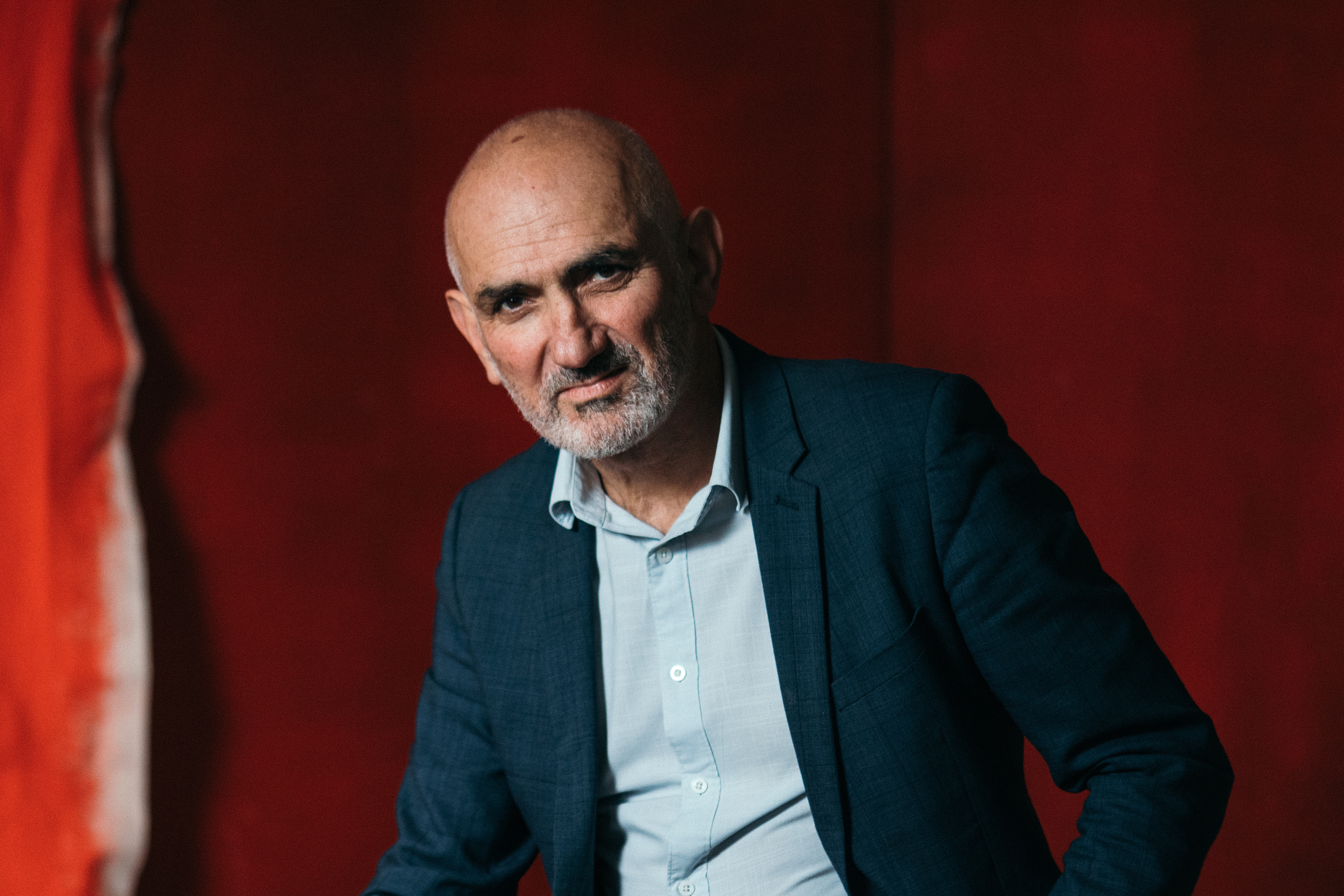 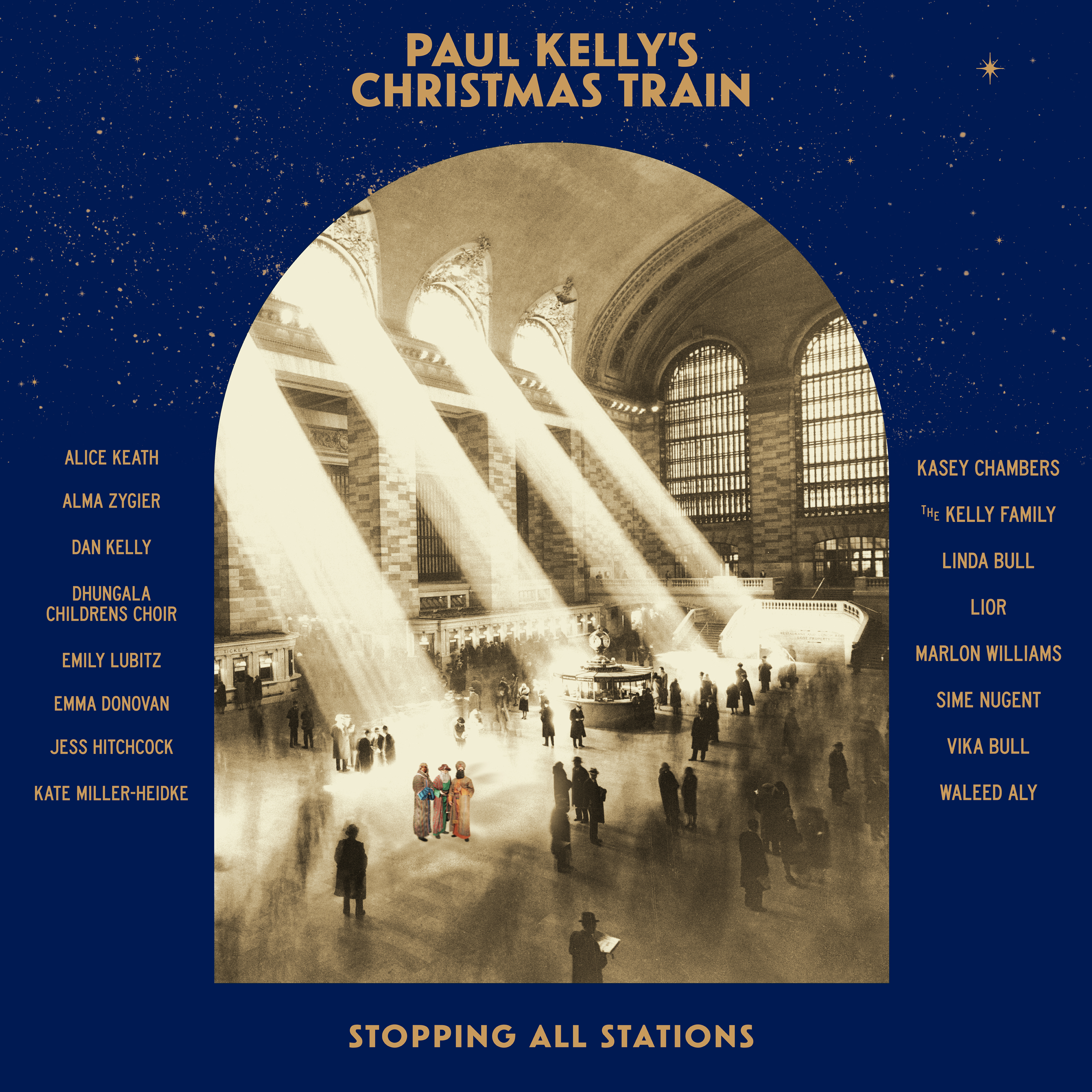 Following on from last week’s video release for the track Christmas – Kelly today shares the video for ‘Christmas Train’ – a rollicking rock ‘n’ roll tune originally by American garage punk soul band, The Bellrays.  “I’m a fan of the band The Bellrays and their raw garage-soul sound. They did a Christmas album in 2008 and Christmas Train is from that album. I thought it would suit Vika perfectly and it turns out I was right. She walked into Soundpark studio, all business, and smashed it by the second take. All the band had to do was hang on and go with her!” says Kelly of the track.

“We’ve been playing Christmas (Baby, Please Come Home), with Linda taking the lead, as a show closer at the Making Gravy shows ever since they started. So it was the first song on the list for the Christmas Record. Linda pulls out all the stops and, yes, stops the show again!” says Kelly of the track.

The sacred and the secular, the ancient and modern, all carefully woven into a collection destined to become a part of Australian Christmases for many years to come. Paul Kelly’s Christmas Train is delivered by Kelly and his band with a big cast of Christmas helpers including vocalists Marlon Williams, Waleed Aly, Lior, Emma Donovan, Kasey Chambers, Kate Miller-Heidke, Vika & Linda Bull, Alice Keath, Sime Nugent, Alma Zygier, Emily Lubitz, Jess Hitchcock and Dhungala Children’s Choir, and contributions from the Kelly clan including nephew and band-mate Dan, siblings Mary-Jo and Tony and Paul’s daughters Maddy and Memphis Kelly.

“I’ve always been interested in Christmas songs and the variety of them,” Kelly says. “There is a double-edged sword to Christmas music because every year it is everywhere, pumped to you in supermarkets and malls. There is a lot of schlock but on the other hand there are so many great Christmas songs and so much to explore. I’ve chosen songs I love, which led me often to wander off the well-worn path, then chosen singers I thought best suited to them.”

Christmas played a big part in Kelly’s childhood, growing up in a large Catholic family in Adelaide. “We had Advent, the month long build-up to Christmas. There was a small crib in one of the fireplaces with a pile of straw beside it. Every time you did something good or denied yourself something you would secretly put straw in the crib so it would be filled by Christmas, when a statuette of the baby Jesus would miraculously appear in the crib. The statues of the Three Wise Men started a long way off in another part of the house, secretly moving every night along mantelpieces so they would arrive at the crib for the Epiphany on January 6. That was all part of Christmas for us. It was fun and mysterious and magical.

For the Kelly clan singing is always part of the season. “Sometimes we do it all together, sometimes the Queensland gang do it separately from the Melbourne gang, and we have the tradition of singing carols on Christmas Eve, not very reverentially.”

Part of the joy in Paul Kelly’s Christmas Train comes from discovering fresh ways to treat the best-known songs, from the pedal steel guitar and ukuleles of Silent Night, with a verse in the original German sung by Alice Keath, to an astonishing performance by Marlon Williams singing Tapu Te Pō (O Holy Night) in the Māori language.

The story of Jesus and Mary has strong associations with Judaism and Islam and Lior joins Paul, Alice and Emily Lubitz for an a cappella reading of the Hebrew prayer of peace Shalom Aleichem. The Qur’an has a chapter devoted to the story and Waleed Aly recites the vivid poetry of Surah Maryam.

Kelly and his band bring a ’60s-fired energy to Christmas, an Australian song of longing for home by brothers Chris and Wes Harrington, and Christmas (Baby, Please Come Home), with Linda Bull tearing up the place on the song originally recorded by Darlene Love on the Phil Spector Christmas Album.

Kelly says: “There were so many songs I wanted to have on there. Having the wider frame for this album allowed me to have the songs talking to each other, the way that Arthur McBride has echoes in the Brazilian song In the Hot Sun of a Christmas Day. There is a Hebrew hymn, an Arabic poem, folk songs, classical songs, rock songs. Then the fun, and the challenge, is to get all those elements to work together.”

Anyone who has followed Paul Kelly knows the depth and detail that makes his work so enduring. You didn’t expect anything less from a Paul Kelly Christmas record, did you?